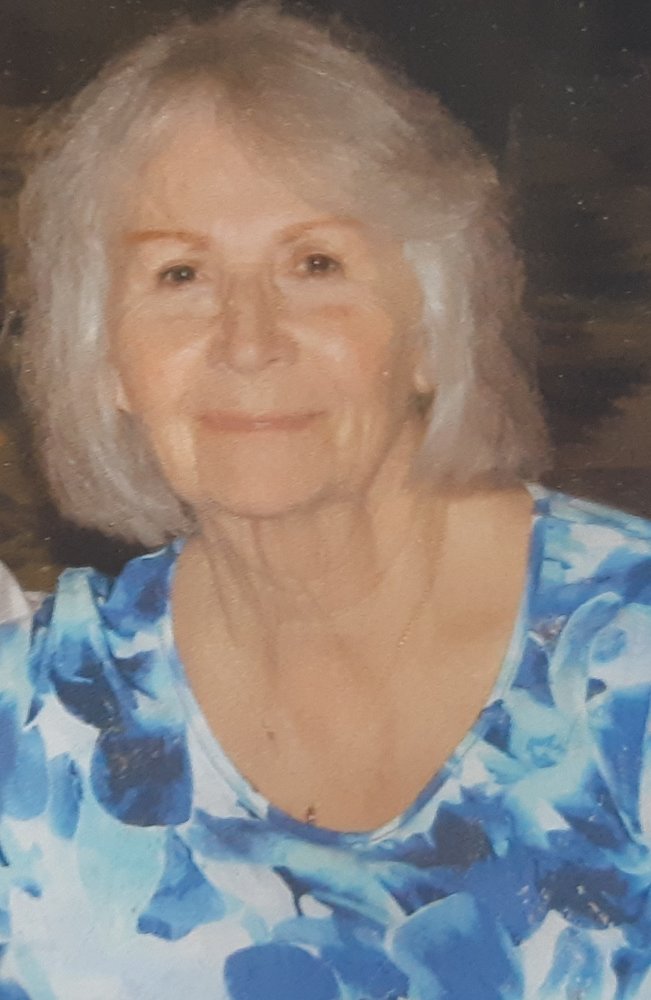 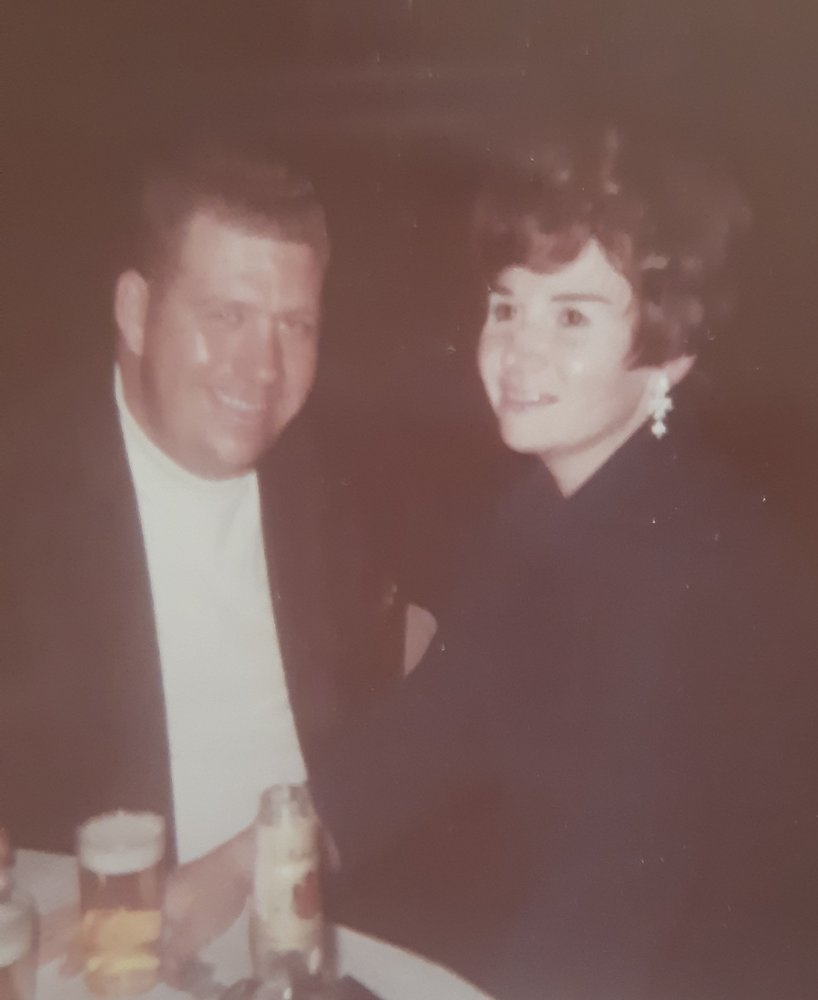 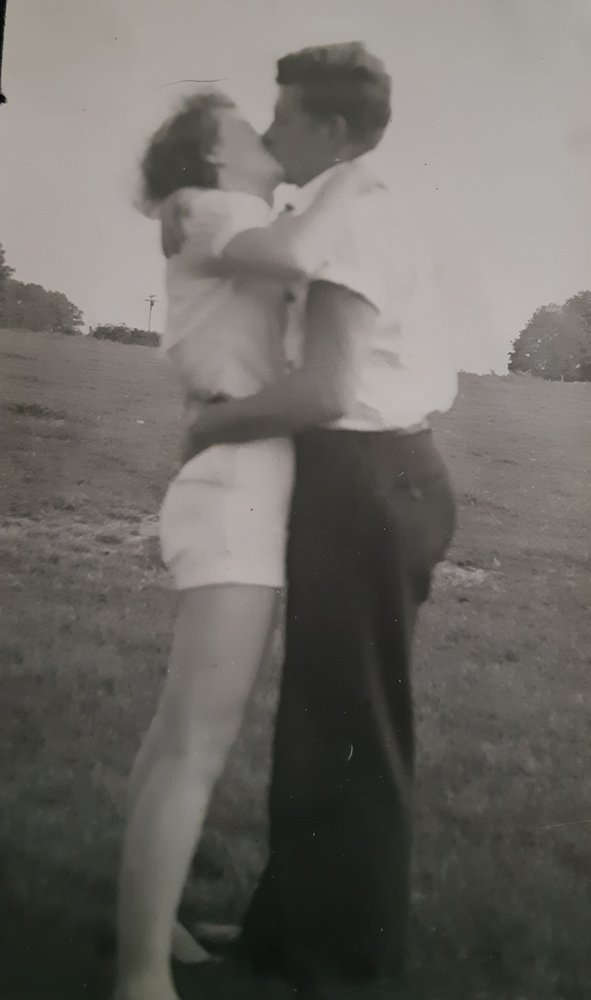 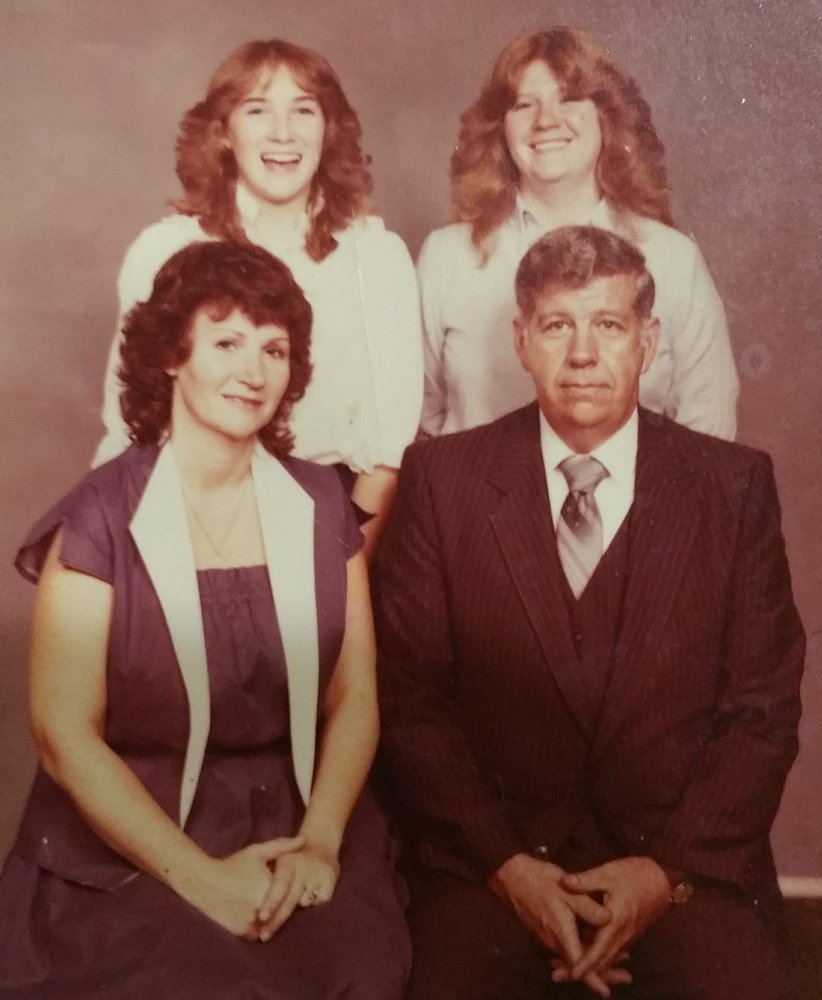 Catharine Cherry Meeks (Chinault) passed away at her Sarasota, Florida home Sunday, July 26th, 2020 surrounded by her loving husband of 62 years Louis Wayne and her daughters Kathleen “Kate” Cherry and Kimberly Cherry.  “Cherry”, as she was known, was born in Baltimore, Maryland April 5th, 1940 to William Clifford and Helen May Chinault (Cherry). As the oldest of their six daughters, she was naturally a maternal figure to Helen (Charles “Bucky” Knight), twins Claire (Charles Floyd) and Claudia (Gerald Ittenbach Sr deceased/Paul Peeples), Elizabeth “Bobbie” (Christopher Philipp) and Gail (Donald Watts). She often cared for her younger sissies while mom and dad worked. Keeping them all in line wasn’t always an easy task so she taught herself how to do the two-pinky finger whistle to get everyone’s attention.  The girls would often sit on the front porch of their home - with only one bathroom shared by all six daughters - chatting like sisters do and watching the cars drive for entertainment.  At the tender age of fourteen, Cherry noticed a handsome young man drive by in his 1946 Ford and thought she would use her special whistle to get his attention. Much to her shock and surprise, she got his attention and he turned around to come back. That was the day she met her eternal love and soul mate, L. Wayne. They began dating until her sixteenth Christmas when he gave her an engagement ring with the promise to marry when she turned 18. With her parents’ consent that they wait until she finished high school, on June 14th, 1958, one week after graduation from Towson High School, they married at Towson Presbyterian Church.

As newlyweds, they settled in Randallstown, Maryland near Wayne’s parent’s farm. Cherry began work for Social Security in Woodlawn while Wayne joined his older brother Roger in the Baltimore County Fire Department. In 1962, they saved enough to purchase a home lot on Deer Park Rd and build a home to raise their little family. On Christmas day 1963, they welcomed their first daughter and named her Kathleen Cherry.  After a bit of searching they found their worship home at St Paul’s Lutheran Church. It was there they learned about the opportunity to adopt another child. In May 1969, they completed their family with the addition of a second daughter Kimberly Cherry. Wayne continued to work full time in the fire department and part time for Loring Byers Funeral home to enable Cherry to be a full time stay at home mom.

Being the oldest of six girls, Cherry always made sure she got the most use out of everything. She cooked wonderful meals and sewed clothing for the family. Despite their nearly six-year age gap, Kate and Kim wore many custom-made creations. Cherry was on the forefront of the matching Christmas PJs trend with custom matching outfits for the family photos. This frugal mindset extended to their vacations, when they purchased a used motorhome and began travelling. The love for Florida was established in a late 50s visit to friends near Orlando, by the mid-seventies they had friends in Cocoa Beach and Sarasota who welcomed their visits. Many weekends and long road trips were taken in the two, family motorhomes. In 1976 the family made the bold decision to pull their girls out of school and spend 45 days on vacation. They visited the east coast and went south to the keys to see Bahia Honda state park which they loved so much they spent the max 14 days and checked out for a night only to return for another 14 nights. Florida trips became the only destination and the goal for life after retirement.

During one of those family trips to Florida in 1982, they began to look for a plot of land to build their future home. To realize their dreams, Cherry went back to work first as a substitute aid for the Ridge School and later as a secretary to the Bishop at the Lutheran Synod. She and Wayne were able to carpool most days, saving every penny she earned for the next few years to pay off their piece of paradise. Many more trips to Florida occurred over the next few years to tour new homes and try to find a plan that would fit their new retirement lifestyle. Cherry combined her fine art skills with those experiences to design a custom home plan and Wayne found a good Amish contractor to build their dream home.

In 1985, Wayne retired from the fire department and moved the family to Sarasota, but they weren’t ready to relax just yet. In 1986, Wayne joined Sarasota County Schools as a bus driver and a year later Cherry decided to join him. The years following brought her beloved grandchildren, Christopher “Bubba” Joseph Herring (Rachel), Kaleigh Cherry Dale (Casey), Makenna Cherry Siefke, Trent Stephan Meeks-Hall and Tabytha Cherry Siefke. She beamed with pride watching her two great-granddaughters, Coraline Jo and Gemma Cherry, growing into little girls. Cherry was the quintessential doting grandma making them her special poodle shaped pancakes, swimming with them in her pool, painting palm fronds and reading them books in her overly animated way. She devoted her time to caring for her grandchildren and enabled her daughters to excel in their own careers.

Cherry enjoyed painting and filled their home with beautiful artwork featuring her favorite subject – birds of nature. With the guidance of her talented sister in law Jeanne S. Meeks (Roger R. Meeks Sr deceased) she expanded her body of work to include custom pieces for close friends and family. She was an incredibly strong and resilient woman. Surviving breast cancer and living with dementia through her later years, she remained the sweet ‘Cherry Berry’ everyone knew and loved, always welcoming with a warm smile and big hugs. She will be dearly missed by her large circle of family including many nieces and nephews, their spouses and extended family members.

A celebration of life at their home of worship, Faith Lutheran, will be held when church services resume. Final interment at Faith’s memorial garden will be delayed until the passing of her beloved husband then services will be completed with burial together.

To send flowers to the family or plant a tree in memory of Catharine Meeks, please visit Tribute Store

Share Your Memory of
Catharine
Upload Your Memory View All Memories
Be the first to upload a memory!
Share A Memory
Send Flowers