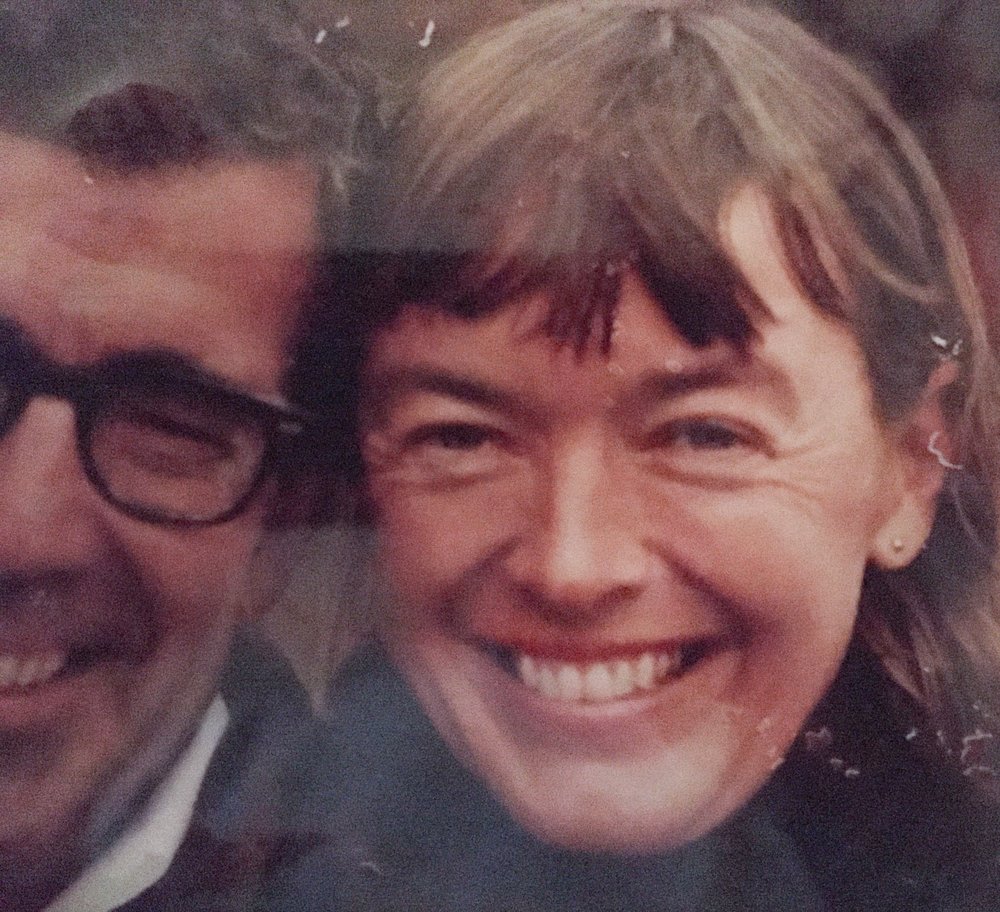 Nancy Clement Stout, 92, a longtime resident of Bronxville, NY, and Sarasota, Florida, passed away peacefully on October 13, 2020, in an assisted living facility in Bradenton, FL.  She was born on February 21, 1928, in Chicago, Illinois, the second daughter of Franklin G. and Helen H. Clement (sister Joan was born in 1926). Franklin founded brokerage firm Clement, Curtis, which eventually merged with E.F. Hutton. Nancy and Joan’s maternal great-grandfather Helge A. Haugan emigrated from Norway and founded the State Bank of Chicago, and their grandfather Oscar Haugan served as Norwegian Consul to Chicago from 1910-16.

The family moved to Lake Forest in 1930. Nancy attended the Bell School (which later became Lake Forest Country Day School) and then Miss Porter’s School in Farmington, CT, where she graduated in 1945. She also attended the Brownmoor School in Santa Fe for one year in the 1940s. Nancy and Joan both graduated from Bennett Junior College in Millbrook, NY.

Nancy met her first husband, Donold King Lourie, through prep school connections (he attended Exeter), and they married in Lake Forest, IL, on September 1, 1950. They began married life in Ann Arbor, MI, where Don attended law school, and then moved to New York City before settling in New Canaan, CT. The marriage ended in 1961.

Nancy had known Robert Platt Stout for years through mutual friends at Big Wolf Lake in the Adirondacks. Bob, a widower at a young age, told his sister Becky that he thought he was ready to begin dating, but had no idea how to get started. Becky suggested he get in touch with Nancy Clement Lourie, and the rest, as they say, is history. Their romance began immediately, and lasted undiminished to the end of their lives. They married in 1962 in Bronxville, NY, and moved her three children Peter, Jim, and Ann Lourie (and cat Rusty) from New Canaan, CT, to Burlington, Ontario, Canada, where Bob was raising his two children Robert, Jr. (Bobby), and James (Jake) Stout and their beagle, Tupper.  After five years in Canada, in 1967, they moved the blended family to Bronxville, NY, where they lived for 27 years.

In 1994, Nancy and Bob moved to Siesta Key, Florida. Every summer they fled the heat and humidity, with one (or two) of their beloved Scotties by their side, and drove north to Big Wolf Lake in Tupper Lake, NY, for the summer, returning to Sarasota just in time for the fall hurricane season.

Nancy’s commitment to tennis was, perhaps, the thing that most defined her. She was a skilled and fierce competitor, and many of her happiest hours were spent on the court. In Bronxville she played at the Field Club, and in recent decades in the Adirondack summers she drove to Lake Placid every day to match up with the most challenging players. She also traveled the country to compete in tournaments. She preferred to play singles and was very successful, attaining high National rankings at every age level, well into her eighties. Over the years, Nancy’s competitors became friends, and she looked forward to meeting them on and off the court as they all crisscrossed the country to play together.

Nancy was famous for her chicken tetrazzini, and enjoyed serving it up to family members gathered around the table in Bronxville or Big Wolf. Bob was delighted to have his children and grandchildren as his captive audience for endless imaginative stories, but Nancy was his most appreciative listener, no matter how often she had heard the tale! On beautiful evenings at the lake, Nancy and Bob would glide by in the red canoe, Scottie between them, fishing line trailing behind. Their devotion to each other lasted until Bob’s passing in 2019, after 56 years of marriage.

She will be remembered for her strength of character and smiling eyes. Survivors include her twin sons Jim and Pete Lourie, daughter Ann Lourie, stepsons Bob and Jake Stout, and grandchildren and step-grandchildren Colin Lourie, Suzanna Lourie, Walker Lourie, Nick Merrill, Mac Stout, Jason Stout, and Elena Shifflette. A private celebration of her life will take place in July at Big Wolf Lake. Donations in Nancy’s honor may be made to The Wild Center, Tupper Lake, NY 12986, 518-359-7800, https://www.wildcenter.org.

To send flowers to the family or plant a tree in memory of Nancy Stout, please visit Tribute Store

Share Your Memory of
Nancy
Upload Your Memory View All Memories
Be the first to upload a memory!
Share A Memory
Send Flowers