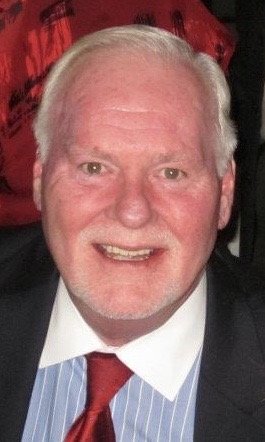 Bill was born in Portland, Oregon to Donald and Jane Ann Eheman on October 15, 1954. The military family later moved back to Connecticut where Bill attended the Assumption School in Ansonia and graduated from Notre Dame High School in West Haven in 1972.

After graduating from Stone Hill College in Massachusetts in 1976, he went on to a distinguished career in the funeral and cemetery industry. He started out as a Funeral Director at his family’s business, Stapleton-Eheman Funeral Home, in Ansonia. Bill also served as a volunteer firefighter with his father and brother.

Bill had an incredible sense of humor and a boisterous laugh. He enjoyed breaking bread with family and friends and loved to dance with his wife Lauren. He was passionate about sports especially when it came to his beloved Fighting Irish! He was also an avid hunter and a member of the NRA.

Bill was a man of great strength, courageously fighting a long battle with cancer.

A celebration of life will be held at a later date. In lieu of flowers, donations can be made in Bill’s memory to the Webster Hose or Charters Hose Volunteer Fire Departments of Ansonia.

To send flowers to the family or plant a tree in memory of Bill Eheman, please visit Tribute Store

Share Your Memory of
Bill
Upload Your Memory View All Memories
Be the first to upload a memory!
Share A Memory
Send Flowers