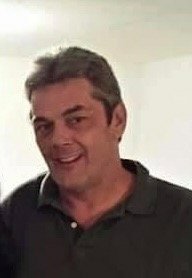 Mark Wayne Marshall, 56, passed away from pneumonia at Sarasota Memorial Hospital in Sarasota, Florida, on Nov. 19, 2020. Born on May 6, 1964 in Portland, he was the second son of William and Laurette (Paiement) Marshall.

At a young age, Mark entered the workforce as a baker at Vito’s Bakery. He later went on to become a commercial painter and laborer. Throughout the years, his favorite pastimes included shooting pool, fishing, watching football, and listening to Elvis Presley. Mark had a great sense of humor that could lift people’s spirits and put a smile on anyone’s face, even a stranger’s. He will ultimately be remembered as a family man who was always there for his brother and cherished the time he spent with his daughters and grandchildren.

Mark is predeceased by his mother and father. He is survived by his daughter Kayla Marshall and her partner, Santiago Esparza; his daughter Holly Marshall and her partner, David Wayne; his grandchildren, Nalani Esparza, Zaria Esparza, Minah-Mae Wayne, and Maliki Wayne; and his brother, William Marshall Jr. and his fiancé, Jody Carrigan, and two children, Billy and Kylie Marshall. Mark is also survived by his best friend and cousin, James Woodman, along with his wife, Courtney, and two children, Grace and Marshall, with whom he was staying with at the time of his death. Additionally, he is survived by his aunt Kathy Marshall Dow, who played a very supportive role in his life.

A celebration of life will be held later in the spring.

To send flowers to the family or plant a tree in memory of Mark Marshall, please visit Tribute Store

Share Your Memory of
Mark
Upload Your Memory View All Memories
Be the first to upload a memory!
Share A Memory
Send Flowers