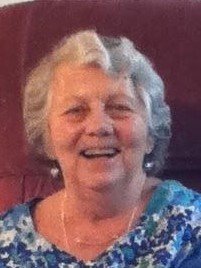 Gloria Jean Fennell was the only child born to Harvey and Mary Fennell on July 14, 1929 in Fennellton, Pennsylvania.  She was married 58 years to her husband Clarence Shumaker before his passing in 2007.  Together they had 4 daughters. Gloria was born and raised in Pennsylvania, and lived briefly in Chicago, IL after marrying before returning to live in Western Pennsylvania.  In 1961 the family of 6 moved to Ft. Lauderdale, FL where Gloria began working in retail and singing with the Ft. Lauderdale Symphony Chorus.  In 1980, Gloria moved with her husband and daughter Faye to Sarasota, FL where she lived until her final move to that mansion in heaven!  In Sarasota Gloria was active for many years in her church in choir and home church, Women's AGLOW & Red Hats.   She was able to travel with her husband to China, Europe and Alaska – twice!  They also enjoyed camping in their trailer which was often either in the Smoky Mountains or Ocala National Forest.  Gloria loved her family and her home was a frequent gathering spot where we would feast on groaning tables of food at each meal and snacks, too! In 2009, Gloria moved into Heron House where she continued her social activities and was often a Resident Council Officer.  She will be missed by those who loved her and we will cherish the sweet memories she gave us.

To send flowers to the family or plant a tree in memory of Gloria Shumaker, please visit Tribute Store

Share Your Memory of
Gloria
Upload Your Memory View All Memories
Be the first to upload a memory!
Share A Memory
Send Flowers