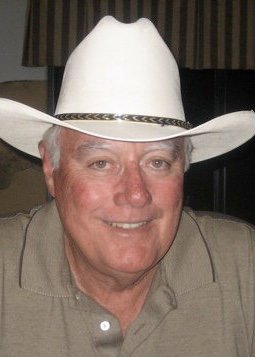 Our beloved John (Jack) B. Ferguson, 81, of Sarasota, Florida, formerly of Stamford, Connecticut, passed away on May 22, 2021 at his home after a courageous battle with Pulmonary Fibrosis.

Jack was born on September 20, 1939 in Stamford, Connecticut.  As a member of the Stamford High School class of 1957, he was captain of the 1957 State Championship golf team.  After high school Jack joined the National Guard.  He then worked for the US Postal Service for several years in Stamford.  In the late 1960’s he began his career in the Stamford fire department rising to the rank of Captain where he retired in 1995.

Jack was preceded in death by his parents, brother Thomas and sister Mary Padgett (Fred), survived by his wife, Patricia Sileo Ferguson of 56 years, brother James Ferguson of Stamford, Connecticut, sisters-in-law; Barbara Sileo (Andrew) and Angela Sileo (James), son Ron, daughters Tracey Robustelli (Michael) and Michele Nevins (Thomas), eleven grandchildren and many loving cousins and nieces and nephews.
Jack cherished spending time with his family and many friends. He had a passion for sports.  As a young man he played on various softball teams and was a well-known fast pitch, pitcher. Jack’s real passion was the sport of golf.  In his retired years he enjoyed his trade as a master golfclub fitter and repair professional known as “Jack of Clubs”.

He was a member of the Springdale AC, Glenbrook AC and the Stamford Elks where he shared many of beers with lifelong friends. Although Jack was known as a man of few words he will always be remembered for his quick wit, jokes and a heart of gold.  Jack loved his family dearly.

In lieu of flowers, please send donations to Hospice of Sarasota, FL.

To send flowers to the family or plant a tree in memory of John Ferguson, please visit Tribute Store
Saturday
5
June

Share Your Memory of
John
Upload Your Memory View All Memories
Be the first to upload a memory!
Share A Memory
Send Flowers