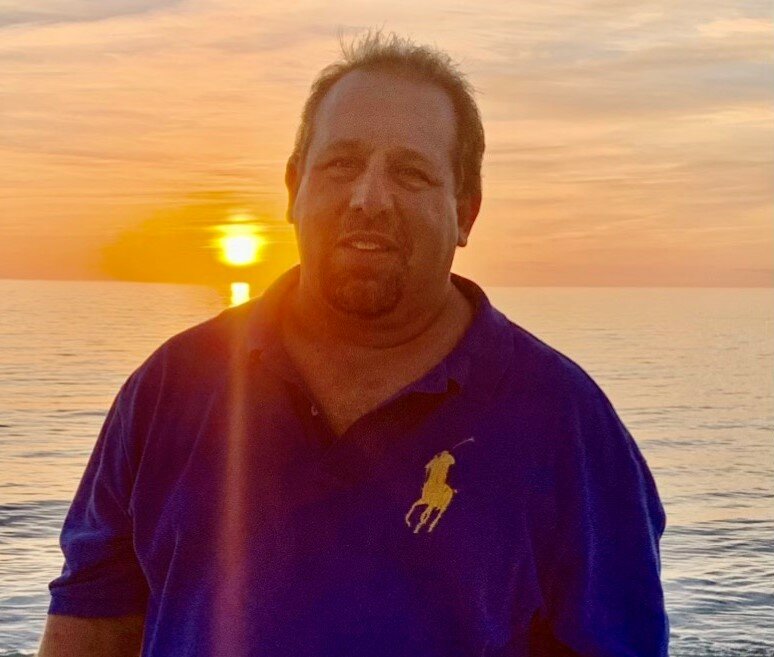 Eric Brian Hollinger, 49 of North Port Florida passed away on Sunday August 29, 2021.  Eric was employed by Waste Management of Port Charlotte, he served his community for 14 years and was part of the Waste Management family, Eric’s motto was “There’s Always Garbage!”  Eric graduated high school in Valdosta, Georgia from Lowndes in 1991.

Eric’s passion was spending time with family, fishing with his son Ashton and Best Friend Billy Barber, boating and constantly working on things.  Eric loved the mountains in Blue Ridge, GA as he spent many memories there and in Florida, loving his Coors Light!  Our family always referred to Eric as “Chatty Cathy” because that’s when he would talk forever on the phone to his family, we always would say don’t tell Eric your looking for something because he won’t stop looking until he finds it for you!  Eric had the biggest heart and would give you the shirt off his back, if you ever needed anything he was always the first one there to help you, no questions asked. Eric’s life was cut short here in the real world, God had a different plan and purpose for him and granted our family a true Guardian Angel as he was our Son, Brother, Uncle and Father his memory will last for eternity in our hearts, till we meet again “E”!

Waste Management would like to have a special tribute a “Salute to Eric” on September 25, 2021, at 10:30 AM located at 23312 Avacado Avenue in Port Charlotte Eric’s truck will be the Leader of the Pack.  Our family will be having a Celebration of Life for Eric, to be announced.

In lieu of Flowers our family would like to ask for Donations to be made to the Corona Virus Response Fund for Nurses or American Nurses Foundation – www.nursingworld.org.

"On Eagle's Wings", a Catholic Hymn

You who dwell in the shelter of the Lord,

who abide in his shadow for life,

say to the Lord: "My refuge, my rock in whom I trust!"

And he will raise you up on eagle's wings,

bear you on the dreath of dawn,

and hold you in the palm of his hand.

To send flowers to the family or plant a tree in memory of Eric Hollinger, please visit Tribute Store
Saturday
16
October

Share Your Memory of
Eric
Upload Your Memory View All Memories
Be the first to upload a memory!
Share A Memory
Send Flowers