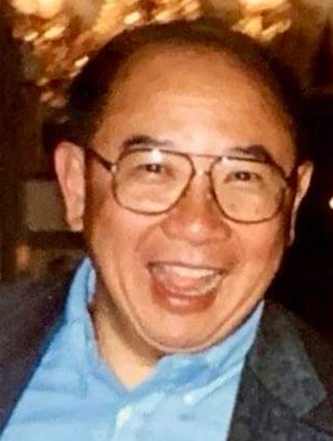 Eric S. Yueh, of Sarasota, Florida, 89, passed away on December 6, 2022, in his home, after a long series of illnesses, and now he is free from pain.  In loving memory, we detail below a modest and wise man who led an extraordinary life.

Eric was born on March 21, 1933 in Beijing, China, and his life story was the epitome of the Chinese proverb, “May you live in interesting times”.   At 15, Eric was sent to live in the USA in San Francisco by his parents, whose father was the Deputy Mayor of Beijing, as they worried about the growing Communist threat in China.  He would never see them again, as they were later executed by Mao in the Cultural Revolution of 1948.

After he arrived, Eric attended and graduated from Worcester Academy in Massachusetts, a boarding school, and was later admitted to Cornell University, where he worked many jobs to support himself, and was joined his beloved fraternity, Chi of Psi Epsilon, where he made many lifelong dear friends.  These students bonded together to help host a foreign student during summers and term breaks, with their families, and they truly became his brothers in this new country.  He felt he owed them a lifelong debt he could never repay. Another fascinating detail of Eric’s life while at Cornell was his qualifying and competing for China in the 1952 Olympics in Helsinki as a high hurdler!

Graduating with a degree in Electrical Engineering, in 1956, he first position was in an architectural firm, which built hotels, and then in 1960, he secured a position as a Systems Engineer with the fast-growing IBM Corporation, first working on the exciting Bell Labs account in Edison NJ.

During his 36-year career, he held many sales and executive management positions in several IBM branches, winning many awards for top sales achievement on major corporate accounts. Later in his career, he was handpicked by the IBM CEO to lead, manage and develop the expansion of IBM business interests in China, living there from 1994-1996.

Eric met the love of his life in 1979, Mary Strain, whom he met while working on the American Airlines account, and they married in 1992. Mary was excited to explore China with Eric when he was assigned there. They shared a passion for global travel, especially loved Hawaii, and attending sporting events like Wimbledon and many Super Bowls. A lifetime season ticket holder, there may not ever be a bigger NFL or NY Giants fan than Eric!

Upon their retirement in 1996, they settled happily on Siesta Key in Sarasota Florida, still traveling on cruises, at home enjoying their condo community, the beach and the sea breezes, and the time spent with their many friends and family. Eric especially enjoyed his poker club buddies over the years.

Eric is survived by his wife Mary Camilla Strain, his brothers-in- law Paul, of Frederick Maryland and Emmett Cooke of Marietta, Georgia, and sisters-in-law Carol and Laura Cooke respectively.  Preceding Eric in death are his sister-in-law Kathleen Gleason and brother-in-law John.

In addition, he is survived by nephews Brian Cooke and wife Kristin, of Bethesda MD, Timothy Cooke and wife Amy, of Fairfield CT; nieces Clare Sauro and husband Ron, of Media PA, Kerry Gleason and husband Michael, of Wilmington DE; Anna Fiona Cooke and partner Marlee, Madeleine Cooke and husband Isaac; and grandnieces and nephews Colleen, Jackson, Eleanor, Margaret, Sean, Lincoln, Anders and Georgia. He will be greatly missed by all of us.

Eric wished to be cremated, and a celebration of his life will be held in mid-January, TBD after the holidays, in Sarasota.

To send flowers to the family or plant a tree in memory of Eric Yueh, please visit Tribute Store

Share Your Memory of
Eric
Upload Your Memory View All Memories
Be the first to upload a memory!
Share A Memory
Send Flowers