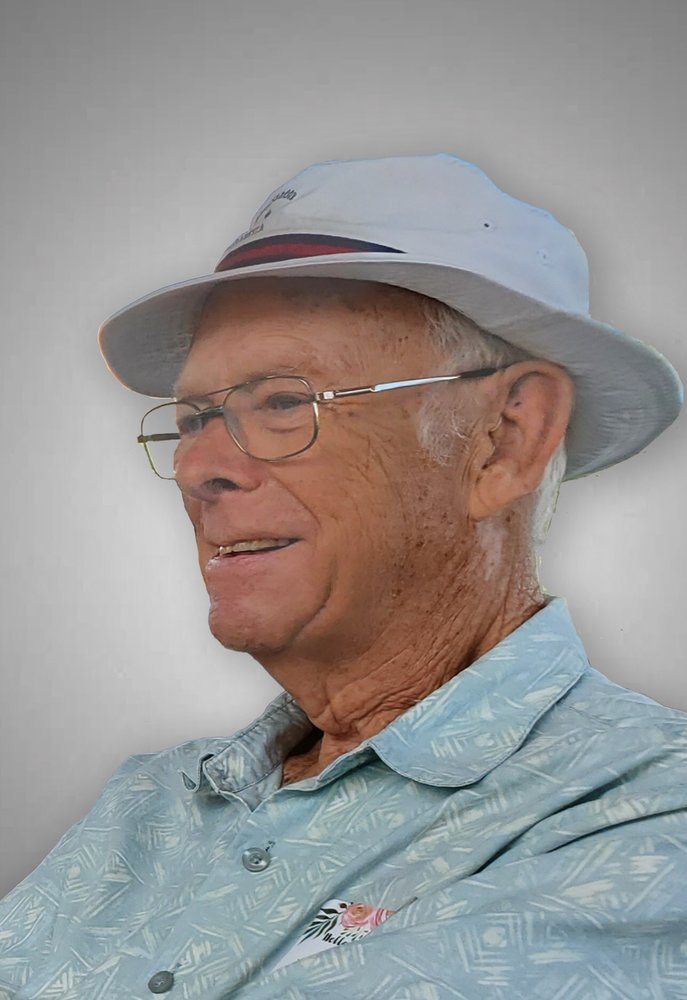 Wes Gray, beloved husband, father, grandfather & great grandfather passed away peacefully on Saturday, March 13, 2021. Born in New Jersey on January 14, 1932, he was the only child of Kathryn and James Wesley Gray Sr. and grew up in Mountain Lakes, NJ where he made lifelong friends. Wes received his Electrical Engineering degree from Virginia Military Institute, and served in the US Army as a First Lieutenant in the Third Armored Cavalry Regiment. He then earned his MBA at the University of Pennsylvania, Wharton School of Business. Wes was the first one on either side of his family to attend college, which made his parents very proud of him.

While at Wharton, Wes was set up on a blind date with his future wife, Elizabeth. They were happily married on April 19, 1958 in Wolverhampton, England. After a career at General Electric in the Aerospace and Defense Sales department, Wes followed his lifelong dream to become a successful Financial Consultant and Vice President with Merrill Lynch in Washington DC. He and Elizabeth raised their family in Darnestown, MD where he was an active member of Christ Episcopal Church in Rockville. His favorite movie was The Wizard of Oz, and he watched it every year with his family.  In fact, watching The Wizard of Oz was the only time his children were allowed to eat dinner in front of the television. Wes was a founding member of the Darnestown Swim and Racquet Club where he was an avid singles and doubles tennis player.

After retirement, Wes enjoyed the snowbird life on the Eastern Shore of MD, Ocean City, MD and Stoneybrook Golf & Country Club in Sarasota FL, where he enjoyed golf as often as possible. He became a Life Master bridge player. Another one of his true joys in life was playing the piano for his family and friends. Whenever he and a piano were in the same room he was encouraged to play. He and Elizabeth loved to travel extensively, making new friends on cruise ships and sharing vacations with friends and family throughout America, Europe and Asia.

We also ask if attending in-person, please call the church office to make a reservation (941-349-5616) or online with this link:  https://secure.accessacs.com/access/eventlogin.aspx?id=pMPYKOYUcKPSTjQRc8PF6w==&site=90120&ReturnUrl=events%2fwz_people.aspx&ChurchID=2088&EventID=205164&sn=90120

In lieu of flowers, in honor of his love of music, memorial donations can be made to The Friends of Music fund at St. Boniface Episcopal church, or his favorite charity, The Salvation Army.

To send flowers to the family or plant a tree in memory of James Gray, Jr., please visit Tribute Store
Saturday
20
March

Share Your Memory of
James
Upload Your Memory View All Memories
Be the first to upload a memory!
Share A Memory
Send Flowers