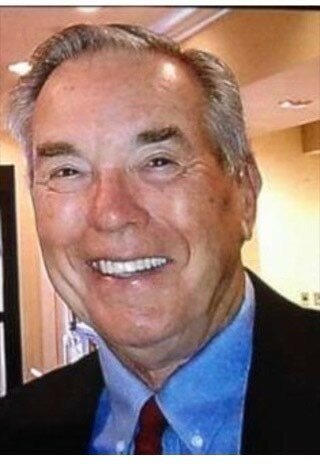 He graduated from Bentley College in 1956 with a degree in accounting. While working toward his degree, his education was interrupted as he honorably served his country as a Sergeant in the United States Army during the Korean conflict.

Frank worked at Addison-Wesley Publishing Company of Reading, MA for over 30 years.  After retiring as Vice President of Distribution in Indianapolis, IN in 1992, Frank moved to the Sarasota area.   Frank enjoyed performing arts theatre, exercising at the YMCA, golf, or supporting the families of his 7 children in their many activities.

In lieu of flowers, Frank wishes for donations to St. Jude’s Children’s Hospital of Memphis, TN.

To send flowers to the family or plant a tree in memory of Francis "Frank" Hogan, please visit Tribute Store
Wednesday
25
May

Share Your Memory of
Francis "Frank"
Upload Your Memory View All Memories
Be the first to upload a memory!
Share A Memory
Send Flowers