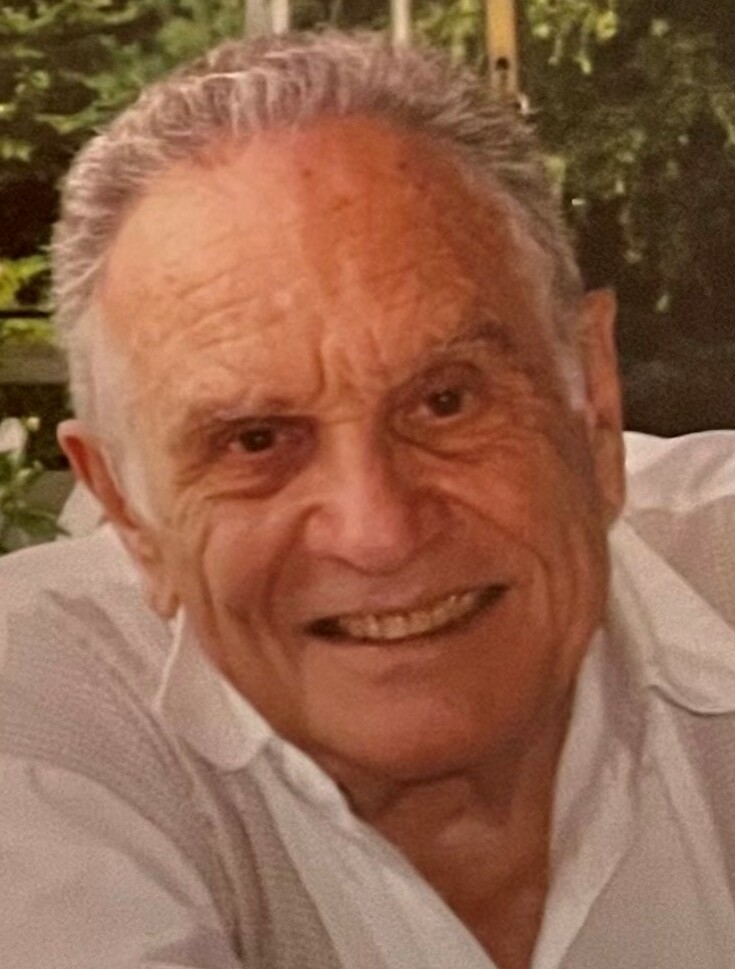 Dr. Valerio Anthony Pasqua died on November 6, 2022 peacefully at home.  He was the son of Italian immigrants Saturno Pasqua and Mary Gentile who settled in the Bronx and raised their two sons, Valerio and Cono, during the height of the Great Depression.

When Valerio was four years old he contracted Polio, endemic during that time, and was hospitalized and kept alive in an iron lung for forty days. He was discharged and written up in local newspapers as the ‘miracle boy’.  His physical battle and recovery as a slightly built youth was the greatest influence on his later life as he pursued physical culture, health and fitness.

Valerio eagerly enlisted in the Army Air Corps towards the end of World War II serving with the 366 fighter group where he first learned to fly. There, in Germany, he studied in his spare time under a renowned pioneer in Physiological Therapeutics, now known as PT.  On discharge he received the World War II Victory Medal and the Army of Occupation medal.

Upon return to the States, he followed his health and fitness calling by attending the Swedish Institute while avidly training for bodybuilding competitions. He won bodybuilding titles as Mr. New York City; Mr. New York State, and Junior Mr America.  Within this field he later became involved with the US Olympic Committee and AAU.

He also found time to take singing lessons and after years of practice became an accomplished operatic tenor. He was offered scholarships to study in Italy which he was hesitant to accept having just met the absolute love of his life, his future wife Susan Frasca, one eventful day at Orchard Beach.  Little did he know how much Susan would enthusiastically support her beloved husband in all his numerous interests.

Wanting to marry and start a family and provide for them, he enrolled in Chiropractic College. Following graduation he started a practice in his Bronx neighborhood which has now been active for over 70 years.

Valerio passionately dedicated his life to Chiropractic, becoming president of the NY State Chiropractic Association that was responsible for the passage of important legislation furthering Chiropractic in New York.  Over time he filled every prestigious position ranging from college trustee to Director of the NYS Department of Education Board for Chiropractic. He practice for over 60 years and treated tens of thousands of patients ranging from the ordinary to the extraordinary.

Although he withdrew from his opera singing career, Valerio and Susan immersed themselves in classical music as subscribers to the Metropolitan Opera and NY Philharmonic among others.  They also founded the American Wagnerian Association which awarded scholarships to young artists as well as arranging annual trips to Bayreuth to view the Ring cycle.

Valerio never abandoned his passion for flying and obtained his civil pilots license flying a single engine Piper and eventually an owner of a complex twin engine Piper Seneca until he retired from that hobby at the age of 70. He knew the daily lunch specials at all the nearby airports and loved flying with his family and friends to share his favorite lunch.

He moved his family from the Bronx to Larchmont in 1956 and proceeded to transform their house and one acre property to their own private country club and gardens where they entertained throngs of guests.

Never a dull moment in a household of six children, Valerio ruled with an iron hand but his home was always open to family and friends at all times.  Susan was always there to make sure everything ran smoothly, relatively speaking, feeding everyone with everything she could, especially from her organic garden.

About 25 years ago they relocated to Florida, first as snowbirds but eventually as full-time residents, reluctantly selling the Larchmont homestead.  Since they never did anything conventional, they built two new houses on canals on a remote west coast barrier island that was only reachable by boat.  Nevertheless, that island retreat became a vacation destination for family and friends who were always invited to explore the beautiful beaches via golf carts and boats.

Valerio was an insatiable collector.  His collections included the newest and greatest cars, artwork, antiques, models, Lionel trains, coins, orchids, and many others.  He was a voracious reader, especially interested in history.  If there was a club to join, he would, and shortly would lead it.  As Susan would say, he was an extremist, but through it all they were inseparable doing everything together, even Publix.

Always a sportsman he played softball, baseball and golfed.  He followed his beloved football Giants who he had season tickets from the original Polo Grounds venue.  He immersed himself in the baseball NY Giants and when they abandoned NY, he transferred his loyalty to the Mets who catered to his wishes when they traded for his hero, Willie Mays.

He was a parish member of the church of Saint John and Paul, in Larchmont New York and Saint Francis of Assisi, in Englewood Florida.

To send flowers to the family or plant a tree in memory of Dr. Valerio Pasqua, please visit Tribute Store
Tuesday
6
December

Share Your Memory of
Dr. Valerio
Upload Your Memory View All Memories
Be the first to upload a memory!
Share A Memory
Send Flowers